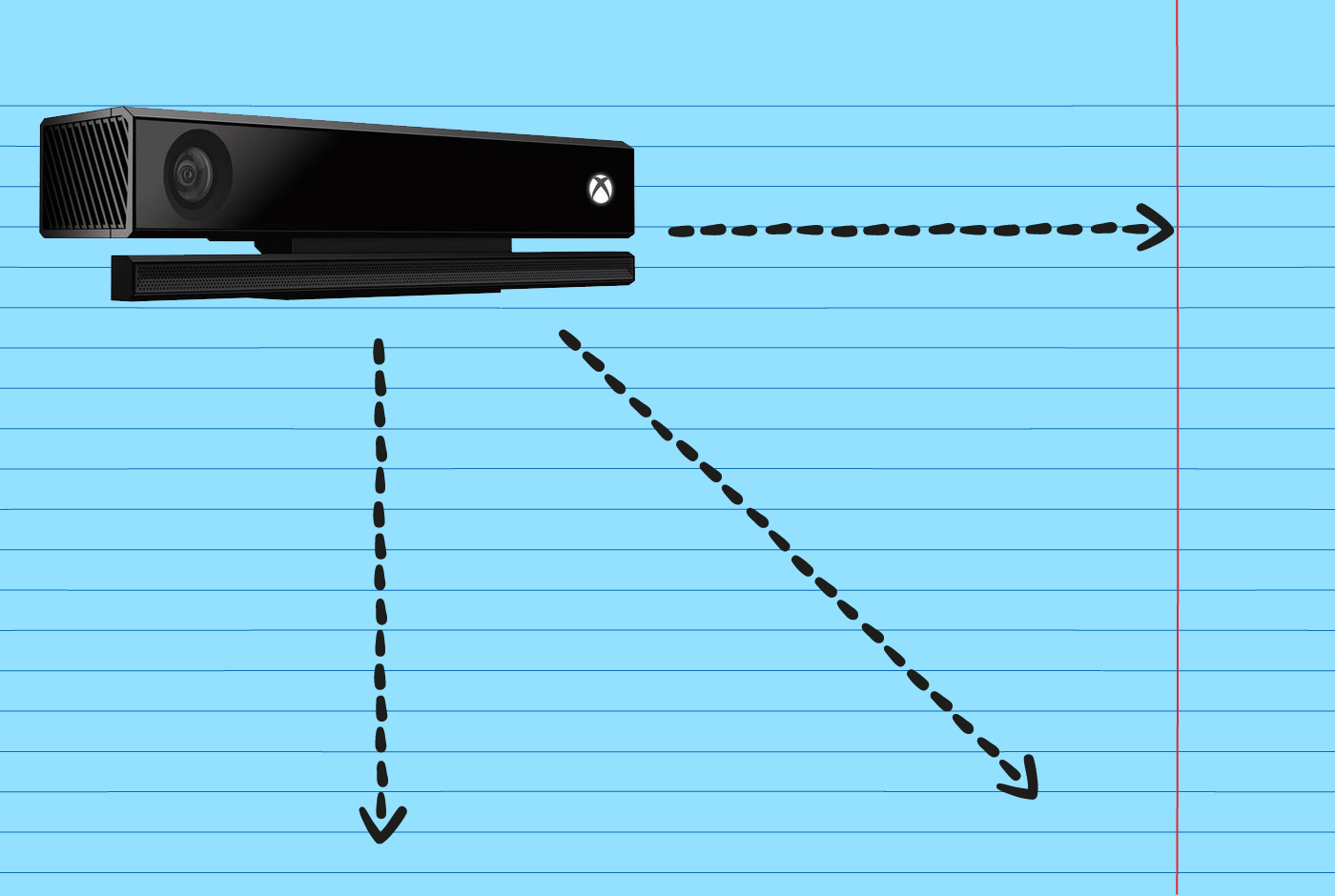 Today I’m going to share a little trick that will save you a ton of time when working with Kinect: how to properly measure the distance between the sensor and a body or object.

As you know, Kinect integrates an infrared sensor, along with a depth processor. The visible area is called “field of view”. The depth processor produces depth frames. Each depth frame is a grid of 512×424 points. The Kinect SDK is then feeding the depth frames to a powerful body-detection algorithm. The algorithm identifies 25 human body joints and calculates their coordinates in the 3D space.

Making sense of the Z value

X and Y are fairly easy to understand. That’s not true for Z. If you take a close look at the graphic above, you’ll notice that the Z value is not the linear distance between the point and the sensor. Instead, it’s the distance between the point and the plane of the sensor! It’s like having a virtual wall right in front of the Kinect. The Z value is the vertical distance from that wall (drawn in green).

To access the Z value, use the code below:

Simple, huh? The “body” variable represents the tracked player. The “Position” property is a set of X, Y, and Z coordinates in the 3D space. The “Z” value is the distance between the player and the plane. I’ve used the SpineBase joint as a reference, since it’s the most reliably-tracked joint, and it’s also closer to the center of mass. You can read more about processing body data in my body-tracking tutorial.

How about the physical distance, though? The distance between the player and the device is represented by a mathematical vector (drawn in blue). Thankfully, we do not need to be gurus in Algebra to measure the length of a vector in the 3D space.

The length of a vector is given by the formula below:

Vitruvius implements this formula in its Length extension method:

This is it! You now know exactly how far or how close someone is to the Kinect sensor! Of course, if someone is standing right in front of the sensor, the Z value and the distance would converge.

Hint: in case you need to measure distances of points that do not belong to the human body, you can use Vitruvius Coordinate Mapping.

Kinect provides us with the X, Y, and Z coordinates of the human body joints.