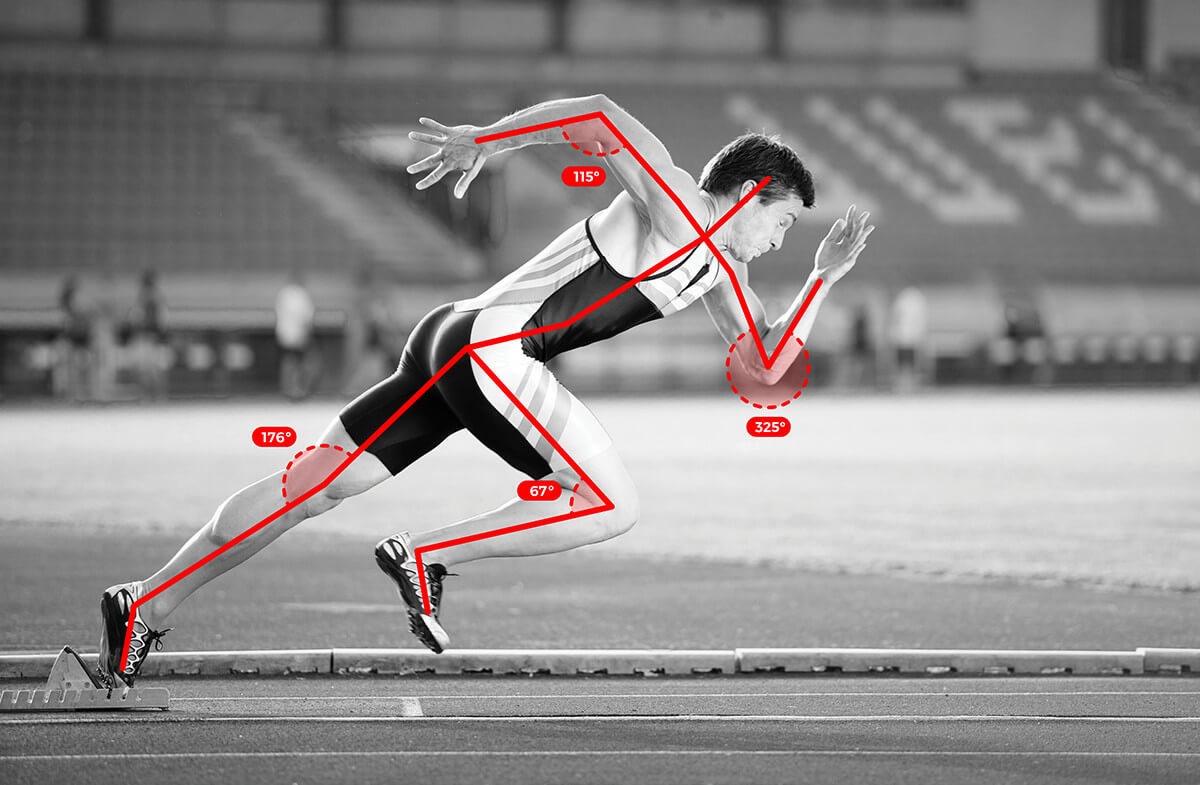 A lot of Kinect developers need to create apps that calculate a lot of complex human body measurements. Today I’ll show you how to use Vitruvius to measure angles in the 3D and 2D space.

{ Reasonably, Vitruvius is featured in the official Microsoft Kinect Website and Channel9 }

This is what you’ll be able to do after reading the following tutorial:

What is an angle?

An angle is a combination of two lines. To measure an angle, all you need is 3 points in the 3D or 2D space: a starting point, a middle point, and an end point.

The official Kinect SDK includes the following built-in types of points, so, first, let me give you some background information:

What about the joints?

You already know that Kinect’s power is the ability to calculate the positions of 25 human body joints. A Joint is a structure that includes:

The position of a joint in the 3D space is expressed as a CameraSpacePoint. To properly map the 3D-position into the 2D-position, you need to use Coordinate Mapping.

Measuring an angle with Vitruvius

Vitruvius contains some handy extension methods that will help you measure an angle using CameraSpacePoints, ColorSpacePoints, or DepthSpacePoints. First, you need to include the proper namespace in your C# file:

We assume that you already know how to get a Body object from a BodyFrame. Let’s say that you want to measure the angle on your elbow. This angle is formed by 3 joints — the shoulder, the elbow, and the wrist:

The Angle method is an extension method, included in Vitruvius. This way, you can calculate any angle for any human body joint!

The above code is equivalent to the following:

Need to measure the same angle in the Color or Depth space? No problem! Vitruvius includes another handy extension method, called ToPoint. Here’s how you can use it:

Similarly, you can calculate the angle in the Depth/Infrared space:

Note: the sample projects included with Vitruvius also contain a handy Arc control. Using the Arc control, you can visualize the angle on top of a body very easily.

Why do you need this?

Except the obvious reason (measuring an angle), such Mathematical calculations are extremely helpful when you need to compare the relative positions between a few points. Gesture detection, sign language identification, or even facial expressions!

The above code (including angle measurements and Arc controls) is supported in the following platforms, frameworks, and engines:

As you see, Vitruvius is helping innovative companies create Kinect apps fast. Vitruvius simplifies Kinect development, so you can now focus on what’s really important: your app, your research, and your customers.